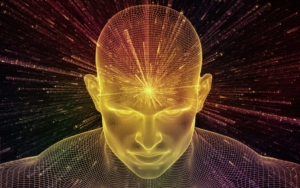 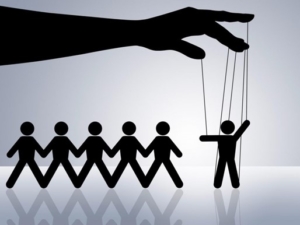 Disclosed as a “vaccine” development Protein: Luminopsins, Luciferase and Luciferin

Luciferases are enzymes that use a substrate called luciferin, along with oxygen and ATP, in an energetic process that produces light—similar chemical process as in the yellow glow of fireflies. Light output is used to monitor biological processes including gene expression, biomolecular binding, and cell viability. Manufactures only disclosed the use of Luminopsins as a diagnostic marker for mRNA uptake and spiked gene production during the development phase of the injection’s development. However manufactured and distributed product still demonstrate this same function, mRNA protein enabling Optogenetics. COVID test nasal swabs contain DARPA developed Hydro Gel and Lithium fibers.

mRNA platforms have the potential to include Luminase producing genes within the cell. mRNA also has capabilities of using nano particles Hydrogel for OPTOGENETICS biotechnology. This could be used to install LMOs since Luminopsins can be included in the carrier they use like Lipids. Optogenetics utilizes opsins (light-sensitive proteins) produced by the cell to activate specific brain synapse. They also can be delivered thru Viral Vector infections or direct future injections. Viral Vectors, used as delivery carrier, can include Luminopsins [LMOs] mRNA directs cell to produce this protein just as it does the spiked COVID protein.

mRNA technology and modified viruses are ideal carriers to Human Brain Cells: to encode the production of Luminopsins (LMO’s). Neurons of interest are genetically modified to be made responsive to light, magnetics, or EMF broadcast, which is done by 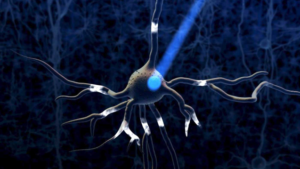 The Pineal Gland is a pea-sized gland shaped like a pinecone, located in the vertebrate brain near the hypothalamus and pituitary gland. Beyond physiology; It is a revered tool of seers and mystics and is considered to be the organ of supreme universal connection, sometimes called the “seat of the soul”.

The Pineal Gland is extremely sensitive to light signals which control the production of Melatonin. Melatonin is not only responsible for Circadian rhythms (sleep cycles) but has a major role in the production of Physiologic and Psychological hormones. The cells that make up the tissue of the pineal gland in humans and other mammals include hormone-producing pinealocytes and the supportive interstitial cells. Nerve cells, or neurons, might influence the pinealocytes by secretion of specific chemicals called neurotransmitters. Nerve fibers reach the gland via the pineal stalk and contain many substances, including:

The pinealocyte cells have receptors for all these neurotransmitters, suggesting influence from these other chemicals that are common within the brain.

See full definition of Optogenetics below* 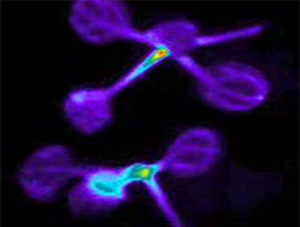 Graphene Oxide nanoparticles, metallic substances e.g., aluminum, engineered proteins which crystalize cells are found in all “Vaccines”. Multiple investigators have identified these contents as well as the quarantine of 2.3 million doses by the Japanese Health Ministry when metal particles were found in several lots of Moderna vials. Numerous

published studies have demonstrated in animal models all of these identified “vaccine” substances once inserted into the Brain cells (synapses) allow specific Brain function and Neurons to be turned on and off. It has been demonstrated that animal brains can be controlled by external stimuli; Light waves, Electro Magnetic Frequencies (as in radio waves) & Magnetic field exposure.

Thus, the above inserted proteins, Graphene Oxide, Metals & Crystal formation in neuronal synapses allow certain functions to turn on and off by external stimulation: Light burst (colors, wave lengths) and EMF (Electro-magnetic Frequencies). This phenomenon is well documented by animal and other human studies as Magneto Genetics.

Potential to place “their keyboard commands” between who you are, what you do and your brain.

Lipoprotein from Nanoparticles and Fibers from tests Swabs:

A recent study published in PLOS Biology has found that Lipoproteins such as those in the “Vaccine” nanoparticles can transport natural Beta-Amyloid across the blood/brain barrier. Beta-Amyloid is well documented to be a causative agent of Brain blood vessel hardening leading to Alzheimer’s, ALS and Parkinson’s diseases. Prion Disease symptoms are also accelerated by excessive Beta-Amyloid brain cells.

Hydro Gel contained in nasal test swabs aggregates, clumps together rapidly in blood causing clotting and cell ischemia (cell death). Lithium is generally toxic to the body and accumulates in human glands. It is used in mental illness to decrease neurotransmitters such as Serotonin and Epinephrine. 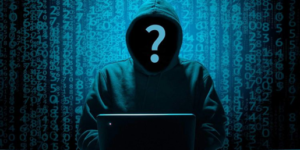 Modify Emotional Response to stimuli: Providing misleading information about a past event either to distort the recollection of certain details of an existing memory or to implant a new, completely fabricated memory with associated response/action. Inserted memory can be triggered for a specific action by the subject.

*Optogenetics (source: The Memory-Modifying Potential of Optogenetics and the need for (Neuroethics) 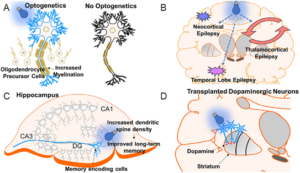 Combining genetic engineering with optics, optogenetic enables the user not only to record but also manipulate the activity of individual neurons in living tissue with the use of light and to observe the effects of such manipulation in real time [1,2], to this end, neurons of inserting opsin genes (genes that express light-sensitive proteins). this is typically achieved with the aid of engineered viruses that are induced into targeted region of the brain footnote to enable the selective expression of light-activated proteins in a particular neural type, a cell-type specific promoter is added to the genetic construct within the vector. Once opsin genes arrive at their determined destination, they cause neurons to express light sensitive proteins. When illuminated with light, the channels of these proteins regulate the flow of electrically charged ions across membranes, exacerbating with other neurons (depending on which light-activated protein is used). Thank to this procedure, specific neurons can be activated or deactivated “at will,” making optogenetic highly selective and precise technique for manipulating neural activity.

mRNA BRAIN HACKING CAPABILITIES (this video reviews how, why and possibilities) https://brandnewtube.com/watch/mrna-brain-hacking-capabilities_QylS1R64uLLuVsc.html