mRNA and the ‘Spiked’ protein “Vaccines” and Booster Injection

You are here: Home1 / mRNA and the ‘Spiked’ protein “Vaccines” and Booster Injection...

mRNA and the ‘Spiked’ protein

mRNA, a form of Gene Therapy untested in Humans as a mechanism to elicit an Antibody response to Virus’s Spiked Protein

The messenger RNA is more specifically a modified RNA, manufactured from a computer model to create a template for “spiked” protein. The Spiked Protein computer model is used to reproduce spiked protein in vitro (lab) which are then attached to a Lipid Pegylated Nanoparticle which protect and deliver the protein to all body cells and nuclei.

Janssen utilizes Viral vectors: Common viruses that have been genetically altered so that they do not cause illness but can still cause the immune system to build up its defenses. Both modalities deliver the same computer-generated Spiked Protein for replication.

Once delivered to the cell the protein is replicated by the endoplasmic reticulum (ER). Ribosomes within the ER then replicates quantities of the (spiked) protein creating Intra and extracellular Spiked Protein chains which then elicit antibody production. The antibodies specific to this protein recognize and destroy spiked proteins on surface of COVID19 virus.

Research has now shown that the production of spiked protein by the cell are reproduced in quantities beyond those needed/used for antibody response. The COVID shots induce spike protein at levels unheard of in nature, and the spike protein is the toxic part of the virus. There are a minimum 50 billion spiked proteins contained in every injection. The extremely high quantity in the injection result in an overabundance of unused spiked proteins, these available to attach to cells and become cytotoxic. Others escape the cell into interstitial tissue and circulatory systems where they attach to Endothelial (lining of Blood vessels), circulating Red Blood Cells, Lung Alveoli, Neuronal cells. Much higher concentrations of Spiked Protein are found in the reproductive organs (ovaries, uterus, and testes) and in breast milk. *Virus (spiked protein) shedding from the vaccinated population to un-vaccinated individuals is highly transmissible via air, touch (skin) and body fluids. *See tab for viral shedding

*Immune system triggers turned off: A study published Sept 12, 2021, by Dr. Mike Williams in the UK: “Stabilizing the Code” is a review of how manufactures altered the mRNA code in their “vaccine”. In 2005 it was discovered in order to protect foreign protein mRNA from the body’s immune system. This discover was adopted for use in the mRNA technology in Covid Vaccines to allow the foreign protein of the vaccine mRNA to enter cells without being destroyed. This was accomplished with a modified Uridine nucleoside instead of the natural Uridine in the Covid-spiked protein template. The unintended consequence of this code replacement was to turn off the Toll Like Receptors (TLR) the alarm signal for the Innate Immune System. Modifying the RNA code nucleoside Uridine, resulted in ablating the immune response, involved Toll Like Receptors. TLR act as sentries to recognize foreign invaders in the body and cells. They then sound the alarm to activate immune cells: Myeloblasts, B lymphocytes, T lymphocytes and killer cells. This effectively blocks the ability of the body to keep in check (fight) cancer cells, inactive viruses (Herpes, Zoster Virus, et.). This has resulted in Cancer patients’ reversal of remission, rapid growth of new tumors, emergence of shingles, Rheumatoid Arthritis acceleration et.al. *Immune system triggers video: https://www.nexusnewsfeed.com/article/health-healing/rare-cancers-are-now-appearing-in-the-jabbed-populations

Cytokine Storm: When we become infected by the Spiked Protein, our immune system goes into overdrive (hyperactive immune response) and can lead to a life-threatening

cycle known as a cytokine storm. The effect is to catalyzes an overactive immune response for its own benefit. A danger for previous COVID and vaccinated subjects from “vaccine” injection or booster is ADE (Antibody Dependent Enhancement). The existing antibodies are re-challenged resulting in a dangerous level of histamine and cytokines. Body reaction is a hyper-allergic response, commonly known as anaphylactic shock. E.g., bee sting to a person allergic to bee stings.

Anti Syncytin-1 Production: Pfizer’s own studies to measure antibody production revealed the highly elevated levels of Anti Synctin-1 production from day 1-4 of injections. These levels produced were higher that that for spiked protein antibodies. Syncytin-1 is a cell-cell fusion protein whose function essential for placental development * Wikipedia. Anti-Syncytin1 destroys the enzyme for maintain Placenta integrity and attachment to Uterus.

Unintended Side Effects and Body Dysfunction reported in “Vaccinated” individuals. 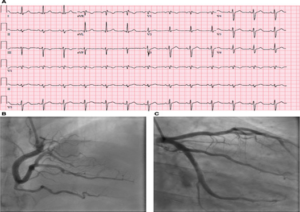 Delayed side effects: Immune dysfunction and the flare-up of latent viral infections such as herpes and shingles. Co-infections, in turn, could accelerate other diseases. Disease Contagion, caused by Spiked Protein or Viral Shedding from “vaccinated’ population.

ADE (Antibody-Dependent Enhancement): Auto-Immune response within the body where circulating antibodies begin attacking own, healthy cells. Comparable to Anaphylactic shock, an allergic reaction to the body’s own cells.

The spiked proteins circulating in “Vaccinated” individuals are spread to the unvaccinated population. This is known as Viral Shedding where spiked proteins which causes COVID19 symptoms/illness to be acquired by Skin Contact, Respirated Air, Sweat and other body fluids from “Vaccinated” individuals. Transmission is increased by close body contact but not necessarily. This may or may not have been the intention of the manufactures, but is a well-studied mechanism used to “vaccinate” the unvaccinated population. This mechanism has been deployed previously in Africa as a method to shed HIV vaccine to other individuals. *See tab for viral shedding.