Chromosome 8 and the “God Gene” sequencing

You are here: Home1 / Chromosome 8 and the “God Gene” sequencing

Chromosome 8 and the “God Gene” sequencing 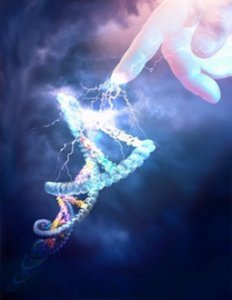 mRNA Nanoparticle, Spiked Protein delivery by Virus carrier, PCR test marker and some sample swabs: All contain the COVID 19 (computer generated) spiked protein. This protein has the identical amino acid coding (sequence) found in Human DNA-Chromosome 8. Human DNA gene sequencing has long been known for Chromosome 8, commonly known as the God Gene for its specific effect on Human Behaviors (see definition in next section). Manufactures have not explained why this amino acid sequencing is contained in Spiked Protein formulation which was “purposed” to only trigger our Immune System response.

Once delivered to the cell the protein is replicated by the endoplasmic reticulum (ER). Ribosomes within the ER then replicates quantities of the (spiked) protein Intra and extracellular Spiked Protein chains then elicit antibodies. These antibodies specific to this protein recognize and destroy spiked proteins on surface of COVID19 virus. 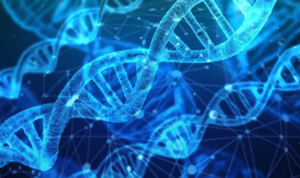 The God gene hypothesis is based on a combination of behavioral genetic, neurobiological and psychological studies.[2] The major arguments of the hypothesis are: (1) spirituality can be quantified by psychometric measurements; (2) the underlying tendency to spirituality is partially heritable; (3) part of this heritability can be attributed to the gene VMAT2; (4) this gene acts by altering monoamine levels; and (5) spirituality provides an evolutionary advantage by providing individuals with an innate sense of optimism. According to this hypothesis, the God gene (VMAT2) is a physiological arrangement that produces the sensations associated, by some, … VMAT2 codes for a vesicular monoamine transporter that plays a key role in regulating the levels of the brain chemicals serotonin, dopamine, and norepinephrine.

All “Vaccine” Injections contain the spiked protein which has the same sequencing (coding) as Chromosome 8, VMAT2. Each injection contains approximately 50 billion of these spiked Proteins, nearly 100 times the number needed to elicit any antibody response. The PCR test template (gene sequence) for the “lab test” also is the same as that found on Chromosome 8, and it has also been found in Swabs used to collect nasal cell samples. Nanoparticles present in Moderna, Pfizer BioNTech, J&J, Astra-Zeneca and other non-US produced vaccines contain Graphene Oxide which enables Spiked Protein attachment to cell walls but more concerning it facilitates the Spiked Protein in crossing the blood / brain barrier where it is now able to enter Brain Cells. Specifically, those Brain Cells which produce monoamine transporters, regulating the levels of the brain chemicals serotonin, dopamine, and norepinephrine. These chemicals are responsible in part for how the body/brain responds to stress, mood levels (optimism, joy, love, cognition.) as well as immunologic responses throughout the body.

Of interest, is that these same key functions of the “God Gene” for your spirituality and well being are directly tied to proper function of the Pineal Gland (Third Eye). The Pineal Gland has the highest blood flow rate of any organ in your body which exposes it to increased damage from the “vaccine”.

Until recently it was thought that DNA to mRNA to protein production was one way, where DNA was protected from being back written. Recently published research papers are now demonstrating how Human cells can rewrite RNA sequences into DNA Chromosomes. For the first time there is evidence that polymerase theta has the ability for reverse-transcription, that is mRNA products with sequencing complimentary to the DNA template can replace and encode genomic DNA strands permanently into newly formed cells. Polymerase allows the DNA strands to unwind from paired chain and the insertion new proteins encoded in the DNA which remains for future mRNA synthesis from the template strand. This was thought to only occur with HIV reverse-transcriptase disease (AIDS) but now demonstrated in normal cells aided by large quantities of like encoded protein strands e.g., Spiked Proteins in COVID injections. 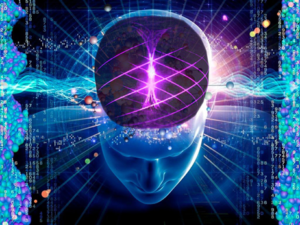 Observations: *Trans Genetic mice have been used to measure the effects of altering or deleting the VMAT2 (God Gene). These are a few of the observed changes when gene is altered: Preference vs. water for alcohol, sucrose. Amphetamine sensitivity, reduction in brain size, weight/growth reduction, Vmat2 deletion in mid-brain dopamine cells, attenuated growth, generational approx. 20% did not survive past weaning age. Behavior: anxiety, decreased socialization, decreased locomotion (activity), Luciferase enabling Optogenetic stimulation of behavior. Alteration may be used as a genetic tool to target select parts of serotoninergic and catecholaminergic populations in the brain.

Observations: 2,000 subjects split into 2 (1,000) groups selected for spiritual, religious activity and predilection measured by presence of gene crucial in this need of God, gene VMAT2 in Chromosome 8. Using the nucleotide sequence and VMAT2 gene expression among the 2,000 participants of the study, which found: **The more genes are expressed, as well as the talented people being religious and belief in God and the hereafter is even more. The performance and activity of the gene VMAT2, being religious in human beings is remarkable. However, even though this religious family they participated in religious ceremonies, Children who do not attend religious ceremonies have the religious memory in the DNA molecule. Even decades of Communist Party rule in the world, could (not alter sic.) this natural need of the human and spiritual surrender.

***“Spirituality is based in consciousness, religion in cognition. Spirituality is universal, whereas cultures have their own forms of religion. I would argue that the most important contrast is that spirituality is genetic, while religion is based on cultures, traditions, beliefs, and ideas.” Michael Goldman

Symptoms and Observable Changes in Behavior:

Increased Anxiety or Aggression; Distancing/withdrawal from family or friends; Distrust of peers, Increased reliance on Authority, desire to conform, decreased cognition, depression, or lack of motivation to improve-maintain status quo also appearing as “not who they were”. Decreased or lack of Compassion.