You are here: Home1 / Nanoparticles and Graphene Oxide 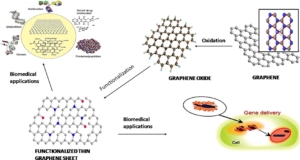 Graphene Oxide containing Nanoparticles and Lipids for delivery of mRNA

Brief Definition: Due to their exceptional physical and chemical properties, graphene materials have been widely used in various fields, including energy storage; nano electronic devices; batteries; and biomedical applications, such as antibacterial, biosensors, cell imaging, drug delivery, and tissue engineering. Graphene Oxide is the best conductor of electricity known when polarized. Lipids or fat particles which are readily recognized by cells and is taken in as a nutrient.

Protect mRNA (in “Vaccine”/ boosters) while in transit to cells and to facilitate mRNA insertion into Cytoplasm, uptake by Ribosome for replication of Spiked Protein. The lipid Nanoparticle containing Graphene Oxide acts as a carrier for mRNA across membranes, cell, and mitochondrial walls. Delivery of protein template to Ribosome for reproducing spiked proteins for release into cell cytoplasm and extra cellular distributed throughout body systems/cells.

Graphene Oxide is injected as a neutral charge while providing structure and protection for mRNA until delivered to Ribosomes or other cell structures which use delivered mRNA to produce spiked proteins. 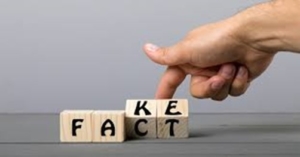 In the rush to get “vaccines” out key phases of the approve standard for drug/vaccine development were omitted or abbreviated. Critical Toxicology/Pharmacology development phases were not studied/performed on these “vaccines”. Toxicology is a field of science that helps us understand the harmful effects that chemicals, substances, or situations, can have on people, animals, and the environment. … The dose of the chemical or substance a person is exposed to is another important factor in toxicology.

Pharmacology, part of Toxicology, was another critical phase not performed. This a branch of science that deals with the study of drugs and their actions on living systems –

that is, the study of how drugs work in the body. Pharmacology studies: Pharmacokinetics discovers what the body does to the drug/vaccine, the intensity of a drug effect in relation to its concentration in a body fluid, usually at the site of drug action. and Pharmacodynamics is the study of the biochemical, physiologic, and molecular effects of drugs on the body and involves receptor binding Drug–Receptor Interactions Receptors are macro-molecules involved in chemical signaling between and within cells.

In short these “vaccines” were not studied as to what they do in the body in total and where they concentrate. *See Below: En Vivo (human body) Observed/Reported Outcomes 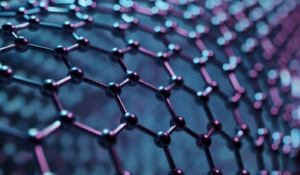 Graphene Oxide is not specifically disclosed in vaccine labeling. Post “vaccine” EMU (European Medical Union) show it listed as an ID number and independently isolated from manufacturer lots in both Pfizer and Moderna. It has also been identified as key ingredient by content identification of Polyethylene Glycol Nanoparticles which contain Graphene Oxide (GO) from supplier of Polyethylene Glycol in China, SinoPeg.

The body’s ability to eliminate GO is inversely related to particle size. Smaller sheets (particles) can be handled by normal cellular phagocyte elimination. GO comprises over 98% or vaccine contents which leads to the aggregation of individual sheets to larger particles (clumping) which can stay in the body indefinitely. GO is toxic to human cells causing oxidative distress, apoptosis, autophagy, and necrosis and cell death. Cell mitochondria are also destroyed which triggers an exaggerated immune response or Cytokine Storm, especially prevalent in lung and heart tissue. DNA damage, inflammatory response, apoptosis, autophagy, and necrosis also occur.

Nanoparticles also carry GO into the brain cells and neurons where the polarity +/- is susceptible to 5G signals (see “Brain Hacking” tab). Non neutral or polarized GO is toxic and an exceptional conductor of electricity. From external stimuli or frequencies at which the material is excited, it oxidizes very rapidly, thus destroying the equilibrium within the cell resulting in the proliferation of this toxicant against our natural antioxidant glutathione reserves.

Radiation of Nanoparticles in the body causes heating in blood, cells, and interstitial fluids. Heating can be caused by exposure to cell phones, EMF and 5G. The effect is it changes the normal Ph of the body fluid (8.4Ph) to acidic levels. Abnormal Ph of interstitial fluid and blood lower their ability to protect the membranes of cell walls. Loss of cell wall integrity results in cell death of both vessel lining and Red Blood cells. RBCs are the most important cell in the body as the mechanism for carrying Oxygen to all cells e.g., breathing.

“Vaccine” Nanoparticle, Graphene Oxide adverse events include Blood clotting (embolism events- Cardiac arrest and Stroke), Nanoparticles have a high affinity for Lung Tissue (acute inflammation and cytokine storm in lungs), Inflammation of Brain and Cardiac tissue. GO accumulated in the lungs generates bilateral pneumonia’s by uniform dissemination in the pulmonary alveolar tract. Accumulation in Brain and Neurological tissue interfering with normal function. Microscopic blood clots (vs. larger visible clots) can only be detected by d-dimer blood test. The most alarming part of this is that there are some parts of the body like the brain, spinal cord, heart, and lungs which cannot re-generate. When those tissues are damaged by micro clots, the damage is permanent. Damage is both acute and longer-term effects and likely increased probability with additional shots or Booster.