For years people thought many of us lived on the “fringe” of delusion about the existence of “Off-Planet” life, often referred to as Extraterrestrials or ET’s.

Well, we are no longer “on the fringe.”

In a way it feels as though it happened overnight, but for those of us that have been out in the public sharing what we know, it has been a long time.  However, when you are doing what you love time flies by.

“Because of all the millions of people who are now drawn to this topic, who really didn’t pay attention to it before the wave of media coverage, the revelations that have either leaked out or been dragged out of the government and the military, there’s a lot of interest that did not exist before. And suddenly, our topic is somewhat respectable. It’s amazing.”  George Knapp/Mystery Wire.

Even though we know that whatever the Government releases will be a “White-Washed” version of the truth, acknowledgement is important.  It is a start, a beginning that will open the door to more truth.

It will give a 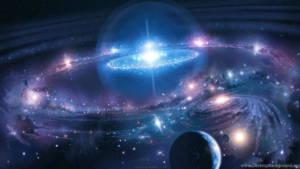 lot of people who may have been afraid to come forward with their experiences the courage to tell their truth and share their stories.  For this I am grateful.

To all of you that dedicated yourselves to revealing as much truth as possible to those that would read it or hear it, you are the heroes.  Thank you for your courage and dedication.

My sincere apologies to all of you who were treated poorly, were doubted by others, and perhaps made fun of because of what you experienced or tried to share.   You are courageous and I honor you.

My first experience was in the middle of Utah, at night, on a highway with my 2 children.  Our encounter was, as I later found out, not out of the ordinary.  It was 1976 and this was before all the communication we experience today.  Although I knew nothing about extraterrestrials or star Beings, I knew it was a spaceship and it was low and coming toward us quickly.  I did try to outrun it to no avail.

Of course, my radio and lights went out and then as it got closer the engine stopped.

It hovered closely over the car (it felt like if I rolled down the window I could almost touch the bottom of it) for a while and the landscape changed.  No cars, no lights, just us and the ship. and then they spoke into my mind “we mean you no harm.”

With that, they took off at an incredible speed straight up.

I knew if it happened to me it had happened to others.  I spent years interviewing and questioning military pilots, travelers, anyone that I could get to sit still.  I had a real estate office at the west gate of Hill Air Force base and whenever an officer came into the office, I would take them into the conference room and ask questions.  Amazingly, they were very forthcoming.  Everyone I questioned told me their stories about seeing ships while they were flying. Unfortunately, they could not share, talk about, or discuss it with other military personnel for fear of being made fun of or run out of the service.

I came to realize that this encounter was a “wake-up” call.  For what…I was not certain, but I had to know more.  I left Utah and moved to Las Vegas.

As the experiences continued, I knew in my heart this was a cosmic wink.  I started groups, studied metaphysics, and had speakers from the UFO community and all areas of metaphysics, meditated Daily, worked with Lazaris, attended monthly Bashar meetings in Las Vegas, studied diligently, and continued to have experiences with Being’s not of Earth.

Ship citing’s became more the norm instead of extraordinary.  My son could actually call-in ships.  Then I began to spontaneously channel.  But, most importantly I connected deeply with my own Higher Self and my Soul and with God and the Goddess.

I had a series of extraordinary experiences including meeting and getting to know Adrian Dvir.  I also had Beings who appeared and asked me to do healings with extraterrestrials.

And so it began.  I left my career, as they had promised there were people waiting for me.  I started doing sessions right away and had a house full of Beings, equipment, and many different visiting races.  It was amazing, incredible, full of surprises and felt normal.  My day and night were full of mind stretching experiences.

Interestingly, I never felt fear except when the helicopters would show up over my house at dusk. There was a giant dark cloud stationed over my house for several months as they equipped the healing room and house.  The meteorologists from a local TV station spoke to the cloud that was stationary on the west side of Vegas in the summer.  They had no explanation.  Had to giggle at this one.

The Government’s “report” has been released in the last few days since I began this post.  I cannot say that I am surprised, but I know everyone is disappointed by the response they gave for the thousands of reports of not only UAP’s but personal experiences with Beings.  This is the most important time in the history of our planet.  We must all be courageous enough to unite in our purpose.

A Call to Humanity:  “Peace in Space”

I have followed Carol Rosin for years.  She was a key witness for Steven Greer and has continued her work for disclosure and that association for many years.  Below is a link she posted to with a call for “Peace in Space and the Threat of a False Flag by the US Government.” https://www.youtube.com/watch?v=50o4Pu3Hth0

Also, please visit her website www.PeaceinSpace.com  I respect Carol and all she has sacrificed to continue her work for Peace in Space.

The Team and I send our love and support to everyone that reads this post.  May you all move fearlessly forward and know that you are here to make a difference.

Jackie Salvitti and The Team

Want to join the discussion?
Feel free to contribute!

“what in the hell were we thinking??”
Scroll to top